A uniquely designed egg-shaped theater, the exterior (shell) consisted of custom radius light gauge structural box beams installed in an east/west layout. The box beams were cross-furred with a curved light gauge hat channel in a north/south orientation. Each individual radius light gauge structural framing member had to be installed with exact precision using a total station to provide XYZ coordinates for each connection point back to the structural steel, as well as member-to-member connections. The system spanned from the underbelly at the cafeteria level up and through the skylight above.

Once framed and insulated, three layers of gypsum board were fastened to the curved surface. The sheetrock surface was scheduled to receive an anti-crack plaster as well as a 10’x6′ reveal pattern, so PCI worked with the manufacturer to create a custom reveal that could be installed on the radius surface and receive the plaster finish. The reveals were also installed using the total station and XYZ coordinates.

The interior of the theater consisted of segmented and inverted walls, spanning up to 50 feet in some areas. These were constructed using light gauge structural framing with four layers of gypsum board applied to the framing. These walls also included a 10’x6’ reveal pattern that had to be installed using the total station and XYZ coordinates. The most challenging aspect of this work was ensuring that the framing, finished sheetrock substrate, and reveals all remained symmetrical within the theatre. All of the interior walls received a level 5 finish. Custom wooden acoustical curved ceiling clouds were installed below and between the theatre catwalks. Acoustical wall panels were also installed on the radius walls within the orchestra pit. 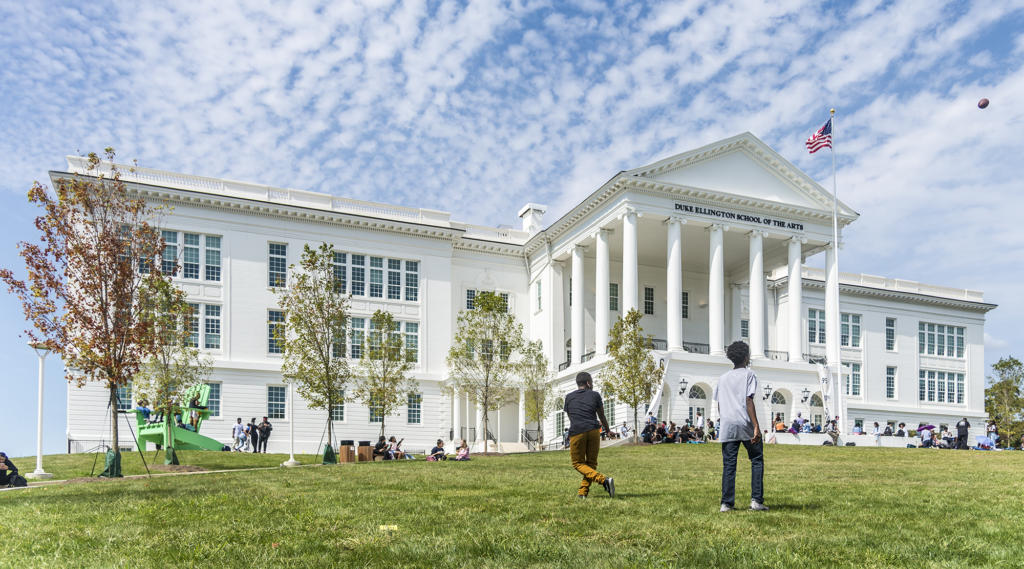 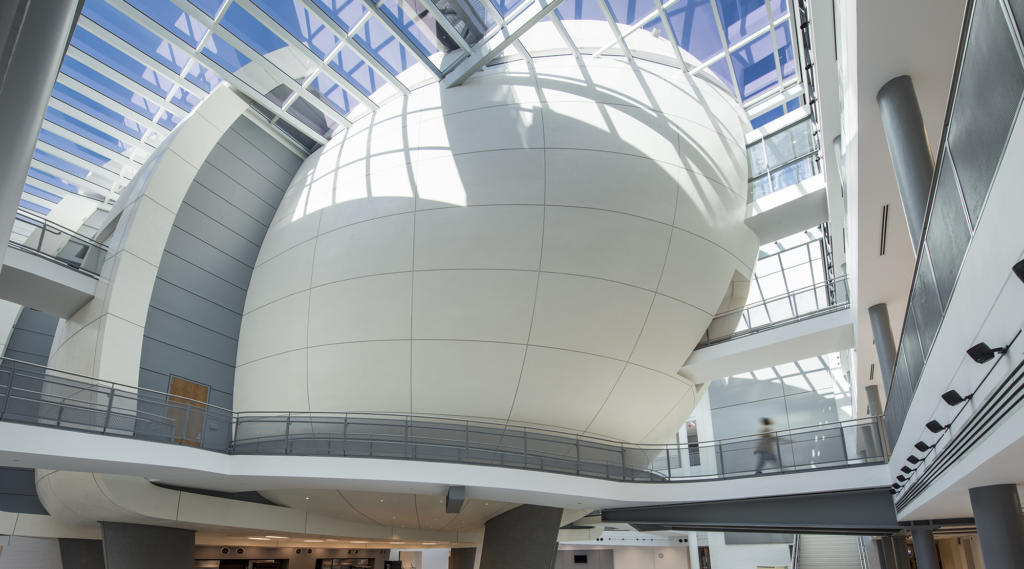 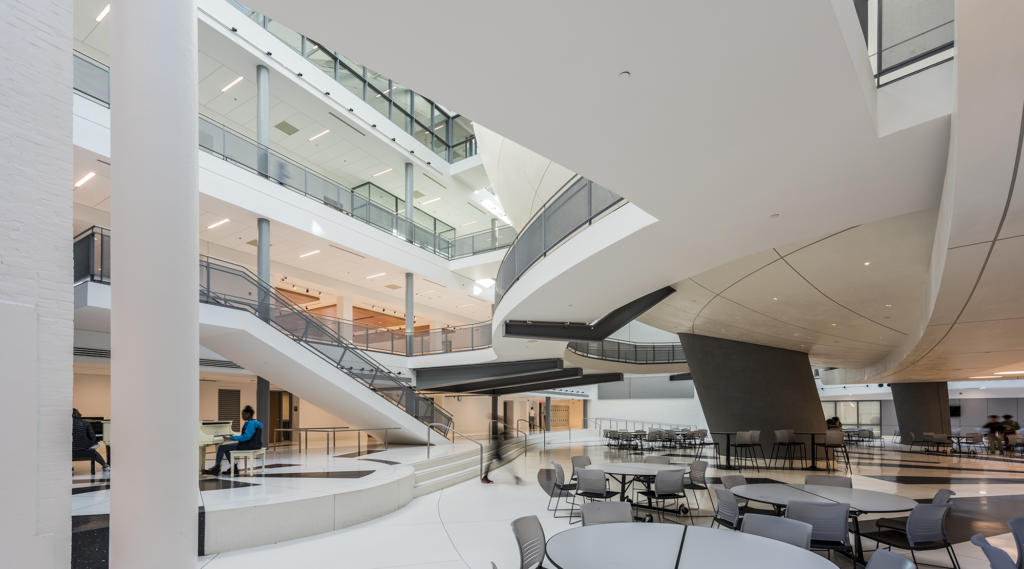 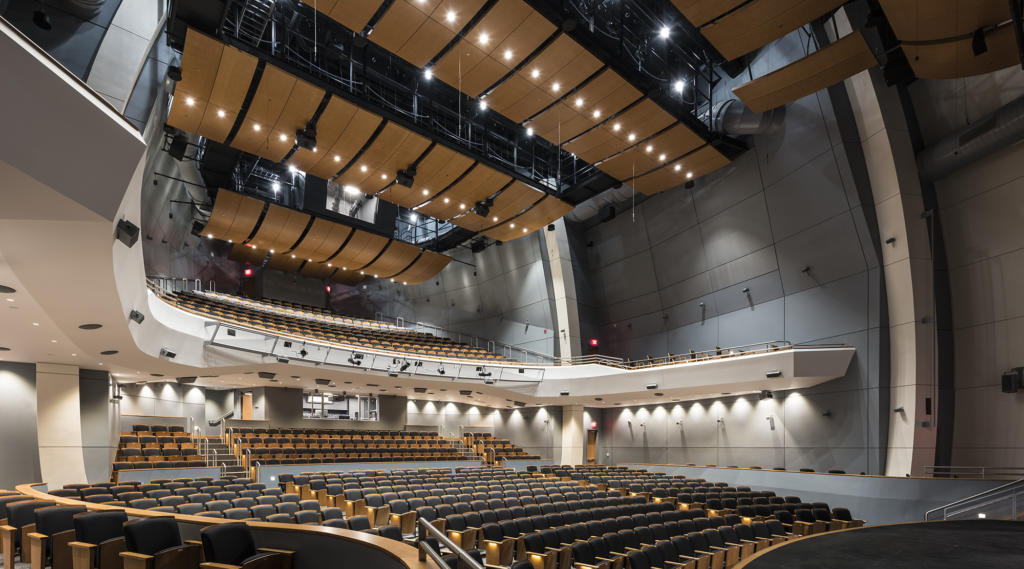 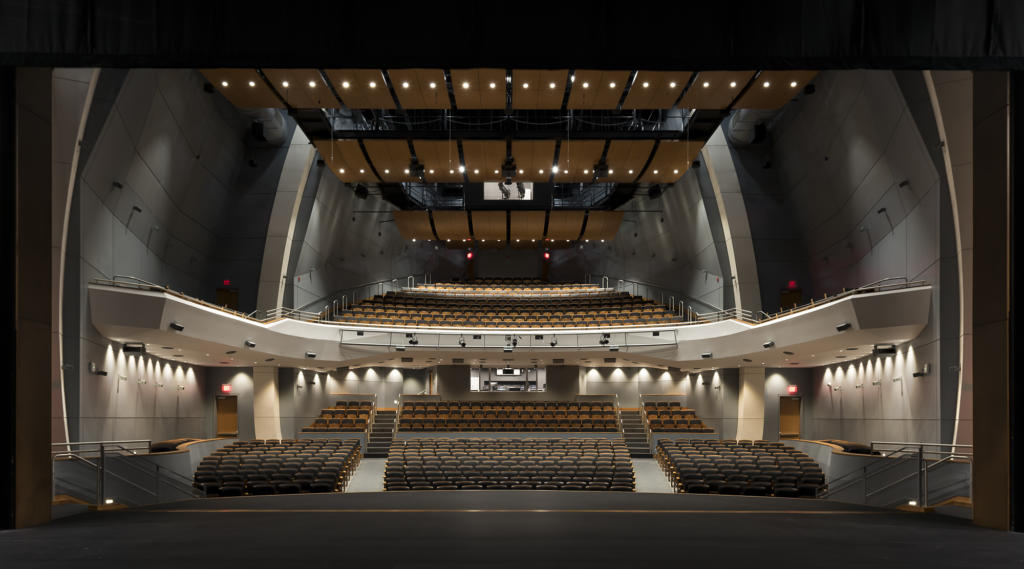 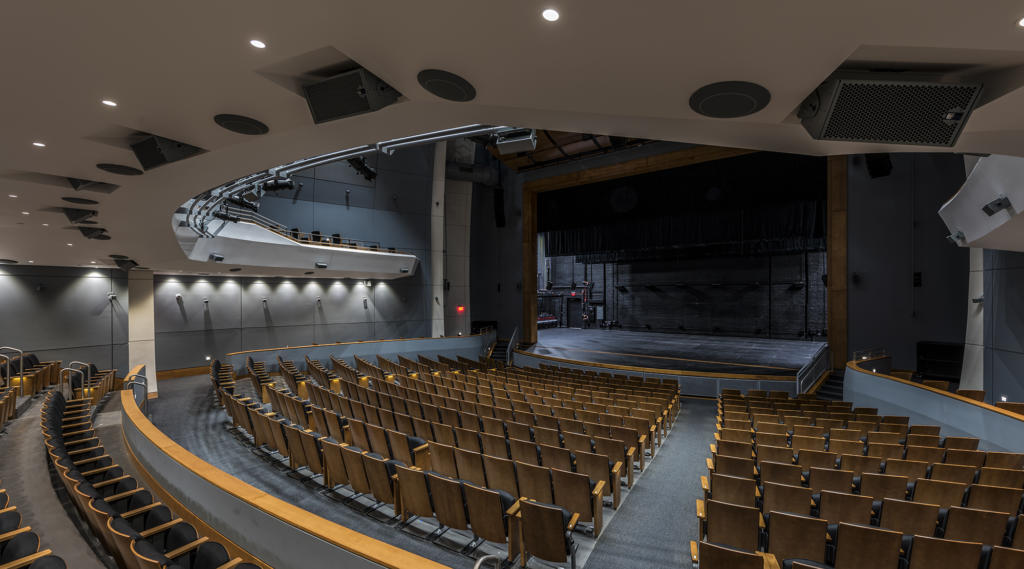 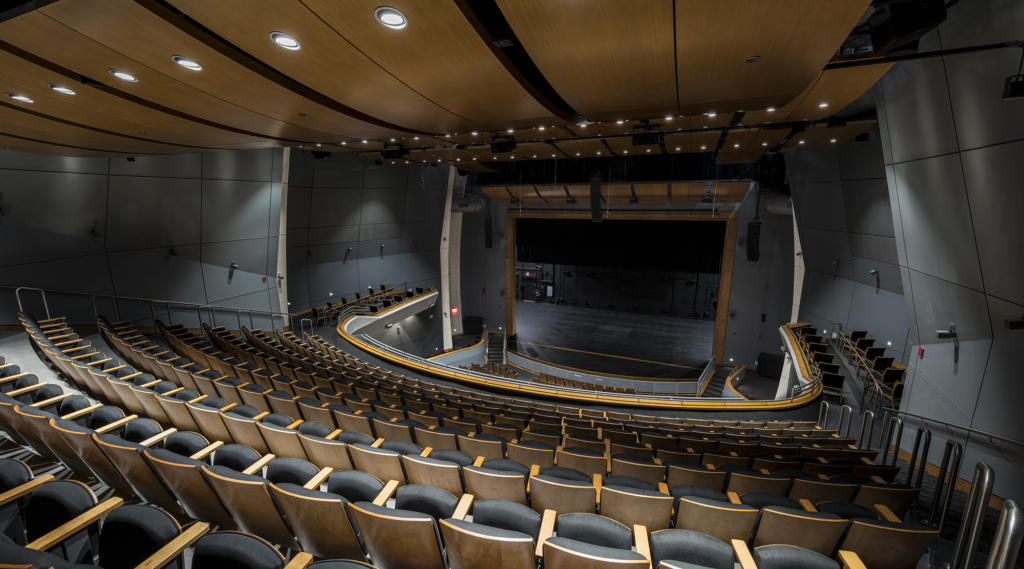 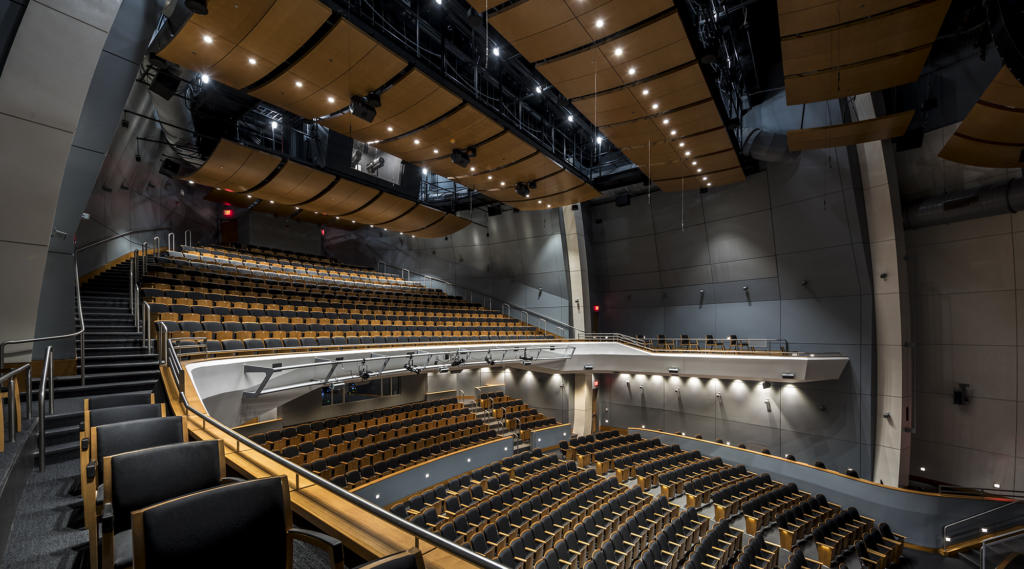 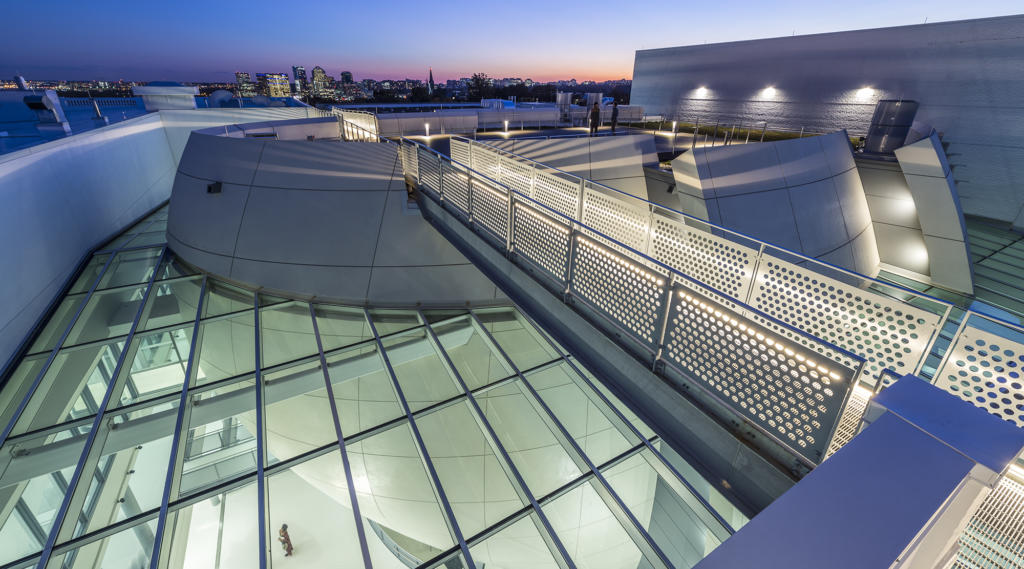