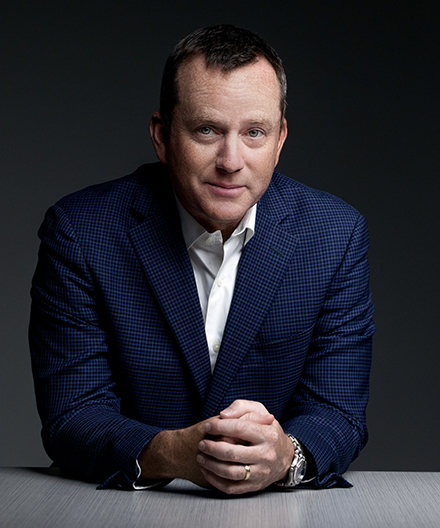 Pat graduated from Michigan State University in 1994 with a B.S. degree in Building Construction Management and has since served the entirety of his 26-year career with Performance Contracting.

Pat’s career with PCI next took him to Indianapolis where during the following 13 years he expanded his expertise beyond cleanrooms with PCI’s Commercial Interior business. Pat served as General Manager in Indianapolis for the first nine years, developing dedicated and talented teams and expanding that business. Recognized as a leader in the company, Pat was named Regional Manager, responsible for oversight of PCI’s Indianapolis, Albany, and Washington, D.C. Interior Operations. As those businesses thrived under Pat’s leadership, Pat’s responsibilities continued to expand, and he was promoted to Division Manager, and subsequently, Vice President of Operations for the Midwest and East Coast Interior Operations. In 2015, Pat moved to Kansas City and became Senior Vice President of Operations for the Interior Division in 2016, remaining a steadfast proponent of Performance Contracting’s Purpose, Core Values, and Vision of People, Strategy, and Execution.

Pat believes that his professional advancement is largely due to the opportunities he’s worked hard to create for his teams and PCI as a whole. As Chief Operating Officer, Pat oversees all construction operations for the company. His goals are to continue to develop high-performing teams, thus maximizing our ability to grow as a company.